14th August 1947 the day a nation called Pakistan came into being after tireless efforts and massive sacrifices of millions of people. The movement was led by the heroic Muhammad Ali Jinnah who promised his followers a homeland with peace, justice, equality, harmony and a healthy lifestyle. Today we celebrate the 70th anniversary of the independence of Jinnah’s Pakistan, decades into the country let’s have a look where we are today as compared to when we started.

The independent land or the wholesome reward of great hardships of Pakistan is today sinking in the deep well of issues that are proving to be lethal for the well being of this country and it’s civilians. Issues such as corruption, illiteracy, poverty, extremism, poor law and order, circular debt, poor healthcare, unemployment, and other major problems have surrounded this beautiful land of life that was once visualized as a heaven on earth by the fathers of this nation.

The country we live in today is not the land Iqbal dreamt of for his people, the commercialized education system was not the part of lectures of Sir Syed Ahmad Khan on education, the surrounded by the hurdles of debts and corruption country was not the nation Liaquat Ali Khan presented to his people in his first speech in the office, in summary today’s Pakistan was not the Pakistan Jinnah wanted, our country today is not based on the three principles of unity, faith and discipline. But the question that rises is have we always been like this? And the answer to that question is no, we were a lot better than this, we were a country that stood for what was right, we gave birth to great minds like Dr. Abdus Salam who made Pakistan proud with his victory of the noble prize in physics, we gave birth to the most kind person in the world, Abdul Sattar Edhi who founded the world’s biggest NGO in Pakistan and became the sign of hope for millions of lives, we were a country that 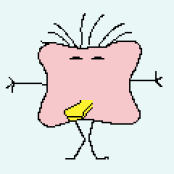 Author Shayan Ahmed
IT Officer and developer in Xoop Technology

Author Shayan Ahmed
IT Officer and developer in Xoop Technology